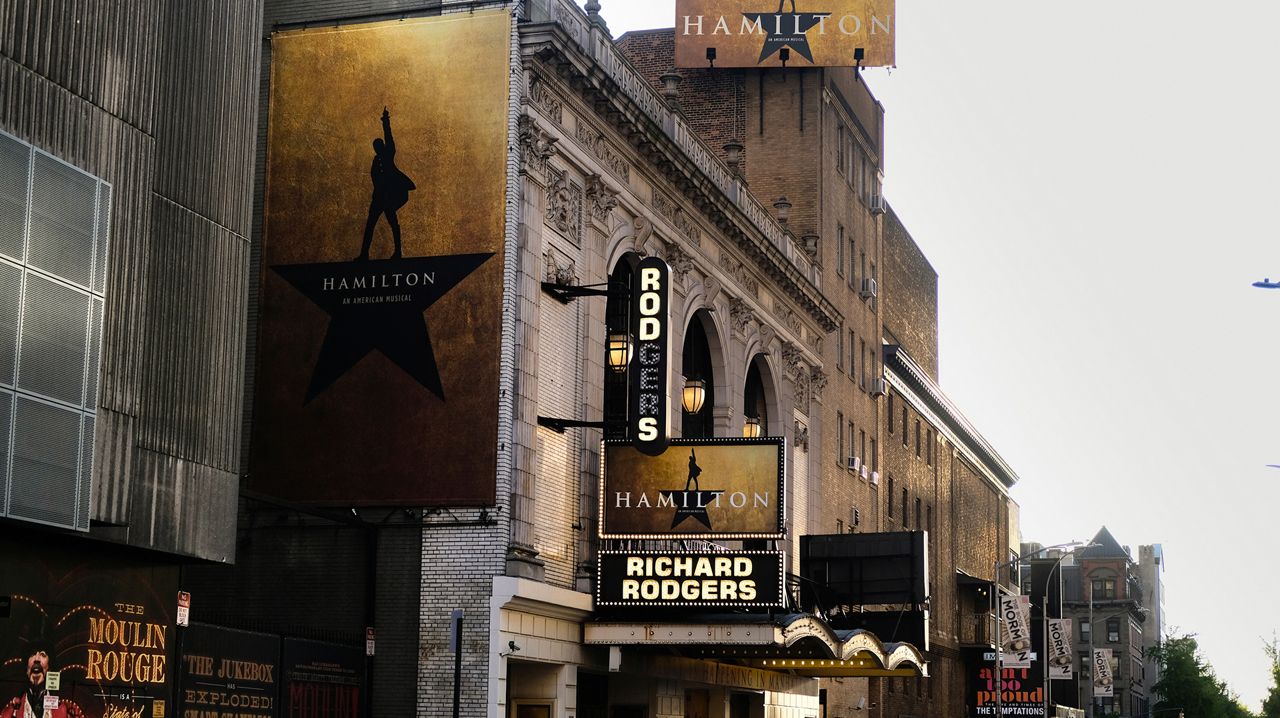 “Hamilton: An American Musical” at the Richard Rodgers Theatre is closed during Covid-19 lockdown, Wednesday, May 13, 2020, in New York. (Photo by Evan Agostini/Invision/AP)
ARTS

The Broadway League says it expects shows to officially return in September.

Sources say a formal announcement is set for May 11.

Mayor Bill de Blasio hinted at Broadway’s return during an appearance on MSNBC Thursday in which he said he would like to see the city fully reopen on July 1.

The initial plan is for some of the bigger blockbuster shows like “Wicked,” “The Lion King” and “Hamilton” to return first, most likely around Labor Day. Another source says the cast of “Moulin Rouge!” was called into a Zoom meeting this week and informed that the show will reopen in mid-September.

This news comes on the heels of Telecharge putting tickets for “Chicago,” “Jagged Little Pill” and “Ain’t Too Proud” on sale for performances for early to mid-September. No official reopening dates have been announced for those shows, but it is possible they will also be making a return sooner rather than later.

The reason Broadway shows won’t return on or around July 1 is because they will have to go back into rehearsal. When the shows get the green light to resume, cast members may differ, safety protocols will have to be enforced, and it’s going to be a whole new experience for the artists and crews involved with putting up the shows.

We recently reported on Disney Theatrical Productions president Tom Schumacher’s journey to Australia as he put up “Frozen: The Musical” in Sydney. That experience is being viewed as almost a blueprint for how things are going to happen in New York.

In fact, other theater owners and producers have taken notes from Tom’s experience.

Broadway is a huge economic engine for the city. During the 2018/2019 season – the last full season where revenues were reported – the theater industy brought in almost $15 billion to the local economy between ticket sales and related restaurant, hotel and tourism revenues. Broadway is also responsible for employing almost 100,000 workers, meaning New York will not be back until Broadway is back up and running.

In the meantime, many smaller venues could potentially open before Broadway returns in September. The Delacorte Theater in Central Park will present “Merry Wives of Windsor,” and Lincoln Center will be hosting events this summer. Some of the smaller performing arts venues like Birdland and 54 Below are also expected to return in full in July, but Broadway will be back in September.